With a luxury cruise, Buenos Aires greeted another record season 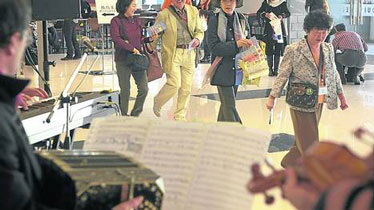 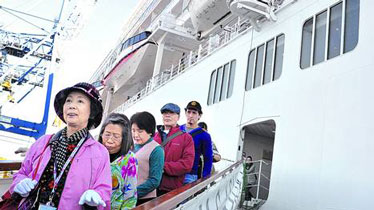 Landing. The first tourists down the Port of Buenos Aires, very early in the morning.

With the departure of Asuka II (NYK), a luxury japanese ship, today at 17, a new cruiser season will close in Buenos Aires, with very positive numbers: this year reached 425,000 City passengers, 22.5% more than last year.

As reported in the Entity of Tourism Buenos Aires, in the season came 33 ships, which made ​​landfall 161 times, 20% more than in the previous season.

“The increasing number of cruise passengers and landfalls are reflected in our City, which is part of a world trend. Estimates of specialists speak of more than 19.5 million cruise passengers worldwide for next year”, said Hernán Lombardi, president of Ente Tourism and Minister of Culture of the City. For 2013, it is estimated to reach 500,000 cruise passengers to arrive in Buenos Aires, in fact already confirmed 168 landfalls.

According to the survey conducted by the Tourism Observatory of the Ente, 19% of the cruise passengers were residents of Argentina and 81% overseas visitors. Of the foreigners, 49.9% were from neighboring countries and 26.1% in Europe. Meanwhile, 14.8% came from the United States and 6.4% of other American countries.

The cruise industry is a significant economic impact on the economy of Buenos Aires. The average cost of the cruise passengers was $ 802.38.

The season began on November 30, with the arrival of MSC Opera cruise with 2,000 passengers who had sailed in Venice.

Meanwhile, Asuka II reached Benito Quinquela Martín terminal yesterday morning and was greeted by a tango show organized by the Government of Buenos Aires, by the duo Federico Mizrahi and Luis Longhi, accompanied by Christine Brebes´ violin and Myriam Santucci on cello.

This is a super luxury boat, 6 star considered. The cruise itinerary lasts 100 days and goes around the world visiting South Africa, Argentina, Uruguay, Brazil, the Caribbean and the U.S.

It gets to Buenos Aires every ten years

For the highest category the trip costs US$ 80,000. The same 569 passengers departing from Japan make the entire trip, and no new travelers go aboard along the way. Also traveling 459 crew. In total, 1,200 people can be onboard this ship.

The growth of the cruise industry in recent years was so important that motivated the remodeling of the terminal, which opened in 2011 after an investment of more than US$ 25 million.