On July 21, Forest Venus, an NYK-operated wood-chip carrier, rescued a family of five adrift in the Pacific Ocean.

Forest Venus had departed from the port of Hachinohe in Aomori prefecture on July 7 for San Antonio, Chile. While en route on July 20, the U.S. Coast Guard based in Hawaii, phoned the vessel requesting them to rescue a family stranded after their boat had stalled.

Forest Venus immediately maneuvered toward the boat, arrived on the scene and rescued the whole family including a child and a baby at around 8:10 a.m. the following morning. The rescued family is in good health and they will disembark from Forest Venus in San Antonio at the beginning of August. 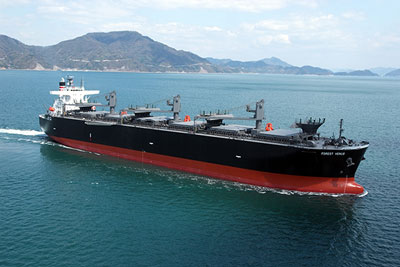 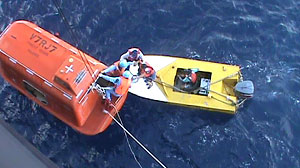