The Sailing Center has a new executive committee Uruguay. After the elections last May 29, Alejandro Gonzalez, took office for a period of two years. Except for some members, there is a history and collective memory work who were part of the previous presidency of Mario Baubeta. While we usually think only in Montevideo, the Uruguayan port range is much wider. 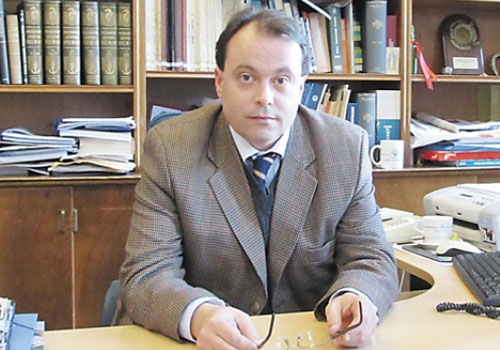 Nueva Palmira recorded a big movement and diversification, in terms of goods, from cellulose, grain to cars, and transshipment center with final destination Paraguay. Fray Bentos, but has less activity, has positioned itself in recent years in the management of barley, citrus fruits and the Mediterranean and the Baltic Sea. Port Paysandu receiving dock investments today is also within the trade route in the country with much national cabotage and container movement Montevideo and then change trains, told Transport & Cargo Alejandro Gonzalez, who, in turn, is responsible for the Agency Maritime Multimar in Uruguay.

President Navigation Center, stressed the important international investment that takes place in the Montes del Plata harbor, with export volumes projected at 1.3 million tons per year, which will provide 4 or 5 monthly ship calls thinking of loading cellulose over everything that can possibly go out containers. It also highlighted an interesting investment in national fleet with the addition of barge and tug fleet circulating under Uruguayan flag.

Gonzalez Montevideo defined as multipurpose port where the activities have to be analyzed by business segment. This terminal receives many vessels for shipment of bulk and has positioned itself well in cargo soy to alleviate some delays at the port of Nueva Palmira, and car carrier vessels.

In terms of containers, the current picture has to do with an import low cam that records and exports growing at a steady pace along the transshipment of Paraguay. The problem is with transshipments from Argentina, which have fallen significantly after 1108. Our numbers available indicate that low was 88.4% in terms of TEUs. That remaining 12% is basically import to final destination ports of Buenos Aires and Parana. Gonzalez said.

According to the head of the Center Navigation all export cargo flow was established and constituted a supply chain that worked very well. This positive assessment was not only ours but also for the Argentine exporters. Following this provision had to think of a plan B. Most of the volume was derived in southern Brazil, and another perhaps gone to the port of Buenos Aires. According to our analysis, delays, increased costs and loss of competitiveness in some way have been assumed by the exporter occurred. Also, for us, the fact of not receiving the full export of Argentina, cut off supplies of empty containers to load those ports. Against this background, the Uruguayan side are trying to find public and private solutions that allow us some predictability and the ability to buffer the effects.

The Sailing Center is the flagship institution of the sector; gathers prestigious and historic companies and some that were created and joined their corporate body. Work with technical, legal, external consultants, and has developed a few years ago a comprehensive statistical system that keeps them informed about the behavior of traffic, and shipping lines.

Alejandro Gonzalez rescued the good relationship between the institution and other business chambers and maritime authorities, port and national in its range of options.